The return of cruise travel has looked like a bit of a jigsaw puzzle. Piece by piece, cruise lines have worked out how to resurrect itineraries within the Caribbean, from the U.S. to the Caribbean, between the U.S. and Mexico… you can see the picture.
Now at last, with the final two pieces, the puzzle – or rather, the cruise map of North America - is complete.
Travellers can now book cruises to the entire continent. 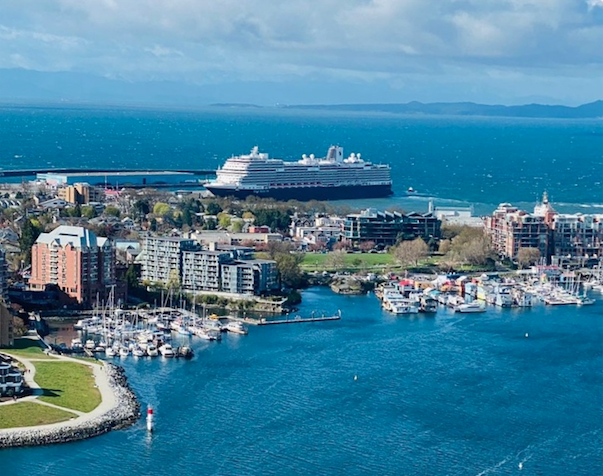 After a long two seasons, cruising to Canada is back.
On April 9th, 2022, Holland America Line’s Konigsdam ship made its maiden call to Victoria on Vancouver Island (pictured, above.)
The following day, April 10th, the Konigsdam called at the Port of Vancouver on the mainland (pictured below), another maiden call for the ship that’s spending its first season sailing Alaska itineraries.

The Konigsdam’s first calls to the British Columbia ports also symbolically reopened cruising to Canada.
From this point, Konigsdam is homeported in Vancouver for the summer Alaska cruise season. The Pacific Northwest coast will soon be busy with more ships from other cruise lines, from small luxury ships, expedition ships, to mega ships, all traveling up and down the Inside Passage from Canadian or U.S. ports like Seattle to restore cruising to Alaska.
It’s not just reopening West Coast cruises in Canada.
Cruises in Eastern Canada, from Montreal or Quebec City, along the St. Lawrence Seaway for Canada & New England cruises are now able to return, too. They too begin within weeks.
That means both of Canada’s coasts – and in fact, Arctic cruising along Canada’s northern-most coasts – has returned.
'We are thrilled to be the first cruise line back into Canada after such a long absence, and we look forward to celebrating a great moment for everyone who loves to travel and for those in Canada and Alaska whose livelihoods depend on tourism,” said Gus Antorcha, president of Holland America Line. Port celebrations marked the arrival of the Konigsdam and the corresponding return of cruising on all of Canada’s coasts.
In total for 2022, Holland America Line operates 141 cruises on eight ships in Canada.''Holland America Line has a robust schedule of cruises that explore Canadian ports on both coasts with Alaska, Hawaii, transatlantic and Canada and New England itineraries.”
Speaking of Hawaii…

Aloha! Now You Can Cruise From Hawaii

In a final piece to complete the entire map of North American cruising, inter-island (that is, Hawaii – Hawaii) cruising has also returned.
Ships have been permitted to depart from the West Coast and sail to or call in Hawaii.
But on April 11th, Norwegian Cruise Line’s Pride of America returned to service. As a rare, U.S.-flagged ship, it’s the only large ship allowed to sail roundtrip within the Hawaiian islands.
Norwegian’s Pride of America has been dedicated to sailing exclusively Hawaii-Hawaii itineraries year round, and it’s now resumed sailing weekly, seven-day roundtrip voyages from Honolulu. 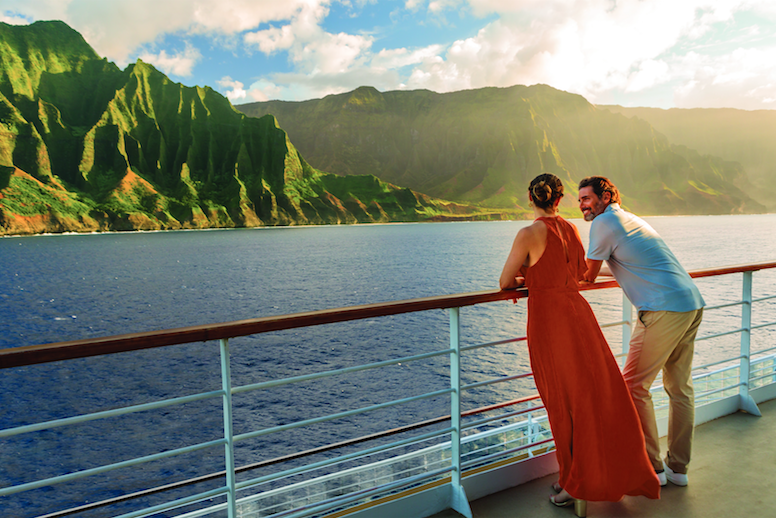 The unique itinerary gives guests on board nearly a hundred hours of time in port to explore four Hawaiian islands over the course of the week. The ship overnights in Maui and Kauai to allow guests time to be more immersed in experiences on shore, as well as the spectacular sights of the Napali Coast.
'Being the only cruise line to sail year-round from Hawai’i, we’re thrilled to be back at last,' said Norwegian Cruise Line President and Chief Executive Officer Harry Sommer on the cruise ship’s return.
'Pride of America will once again offer thoroughly immersive itineraries and deeply authentic experiences that support business and tourism in Hawai’i, while providing travelers with everything they seek from a vacation in paradise.' 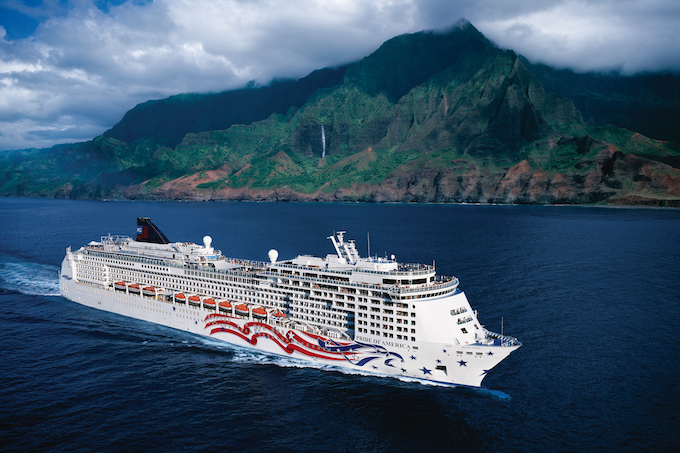 Between the Konigsdam’s arrival in B.C. and Pride of America’s resumption of intra-island Hawaiian itineraries, cruise travelers can look to any of North America’s close-to-home, but wildly diverse cruise destinations for their next dream cruise vacation.

By: Lynn Elmhirst, Producer/ Host and Cruise Expert, BestTrip TV
Images of the Konigsdam in Victoria and Vancouver courtesy of Holland America Line.
Images of Pride of America and cruise guests in Hawaii courtesy of Norwegian Cruise Line.

Why just have a drink – when you can have a story, too? That’s the premise behind the cruise ship bar menu that’s won... learn more

Holland America Line Changes the Name of its Newbuild and Designates it the New FlagshipTravel has taken a beating by... learn more

And this wouldn't be the first time ocean liners have served. learn more

It used to be that private islands were the playgrounds of the ridiculously rich and fabulously famous. Then cruise l... learn more

Let Us Help You