It’s not just the first national park in the U.S. It’s the first national park in the world. In March, 1872, American president Ulysses S. Grant signed into law the establishment of Yellowstone National Park to preserve and protect some of the country’s most emblematic scenery and wildlife for future generations.
That first national park represented the start of the entire U.S. National Park system. Today, the National Park Service manages 85 million acres of land, comprising 63 National Parks and over 400 National Park sites.
But Yellowstone’s 2 million-plus acres remain a standout among America’s most spectacular natural and historic treasures even 150 years later.
Yellowstone National Park is part of the Greater Yellowstone Ecosystem, said to be one of the last – and largest – and nearly intact - ecosystems in the world.
The park has the most active and intact collections of “geothermal features” on the planet. It’s comprised of 10,000 hydrothermal sites plus half of the active geysers in the entire world, including the famous geyser Old Faithful. While not the tallest geyser in Yellowstone or even the one that erupts the longest, it has the distinction of being the most predictable, erupting every 44 minutes to two hours.
The geysers alone make Yellowstone incredible. But the park also has two dozen entries on the National Register of Historic Places. And other majestic natural features, plus a very famous and note-worthy inhabitant.
Early techniques of park management involved eliminating nearly all natural predator animals in Yellowstone, permitted hunting bison to the extent that less than two dozen of the massive, essential herbivores remained, and introduced non-local fish species that decimated native fish.
Better knowledge and practices mean that today, the Park is, according to the National Park Service, “the healthiest it has been in over a century.” Yellowstone has seen the return of predators like wolves, grizzly bears, and native fish.
But the bison may be Yellowstone’s most symbolic success story.
Although near extinction at the turn of the 20th century, the largest land animal in North America is now over 5000 strong in the park. After the US Army beefed up its protection of bison from poaching a century ago, and bison from private herds were sourced to help boost the herd in Yellowstone, the park has become the only place in mainland USA to have a continuous, free-ranging bison herd since prehistoric times.
Many of Yellowstone’s greatest features and successes have connections to Native American Tribes. Before any human of European heritage set eyes on its wonders, let alone designated it a U.S. National Park, Native Americans lived, used the thermal waters for faith and medicinal practices, hunted, fished, gathered plant life, and even quarried obsidian stone for 10,000 years in the parklands.
Over two dozen tribes have connections to the millions of acres of Yellowstone, as it’s located where the Great Plains, Great Basin and Columbia Plateau meet on lands straddling what are now the states of Wyoming, Montana and Idaho.
And for its 150th anniversary, America’s largest national park will commemorate and share the land’s Indigenous history and values.
In the summer of 2022, Yellowstone Old Faithful Lodge will host Native American public art installations, a Marketplace featuring work from tribal artists, and the “Historic Yellow Bus” will tour the Old Faithful district.
Tribes are also planning a gathering in celebration on the Wind River Reservation in Wyoming in June, and in August, Teepee Village will be erected by several tribes near Roosevelt Arch. 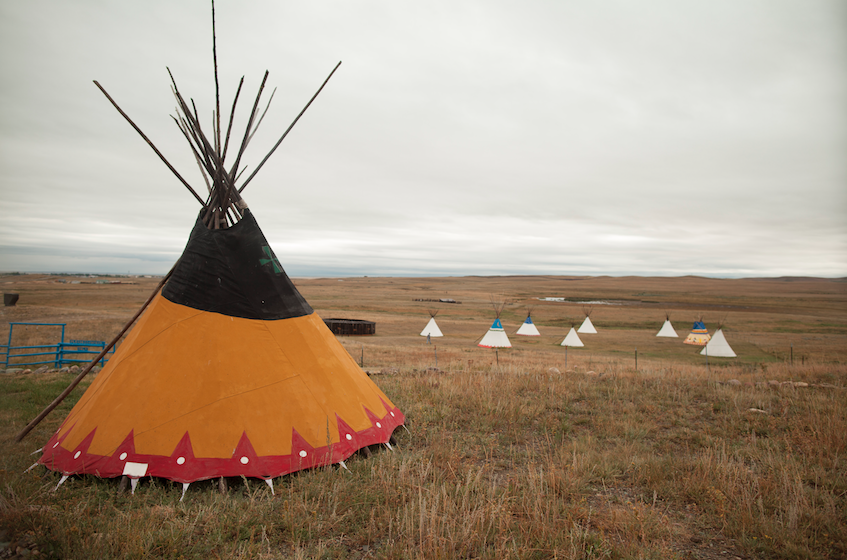 Park superintendent Cam Sholly says the Village and other 150th anniversary commemorations, “will be an opportunity for multiple tribal nations to be here on the landscape in the park, directly interfacing with visitors and talking about and educating visitors about their culture and their heritage.”
Additional park anniversary activities include horse club rides and parades, groundbreaking ceremonies, ribbon cuttings, inter‐tribal bimonthly virtual video series gatherings, family‐friendly Old Faithful sponsored experiments, and social media events that will engage travelers both near and far.
This may be the perfect year to acquaint or reacquaint yourself and your family with the groundbreaking Park or any national park in this historic year. Escorted tours, epic trains, historic lodges and outdoor experiences are all part of National Park travel.

Lions and Tigers and Leopards in the Woods: 5 Destinations for Viewing Big Cats

New bicycle routes across the U.S. have added 650 miles of possibilities for people who love to see the world on two ... learn more

First-Ever, Statewide Waterfall Trail in the U.S. Opens Just in Time for Summer

Kick off summer on a quest. For the very first time, a statewide trail helps active travelers get off the beaten path... learn more

With so many celebrations put on ‘hold’ over the last couple of years, we knew when people started getting together t... learn more

Let Us Help You